Japanese architecture studio Takeshi Hosaka architects has designed a new protestant church near the coastal region of Shonan, Japan. The single-story concrete structure’s long rectilinear volume is topped with a series of six gentle swells in the roof, all at different heights, allowing indirect natural light to illuminate the chapel within. On the interior, the roof’s peaks form a series of curved, concrete ribs, which are divided by panes of glass. This structure makes the ceiling appear to float, and casts radiant beams of light into the space.

Takeshi Hosaka architects about the design for Shonan Christ Church: 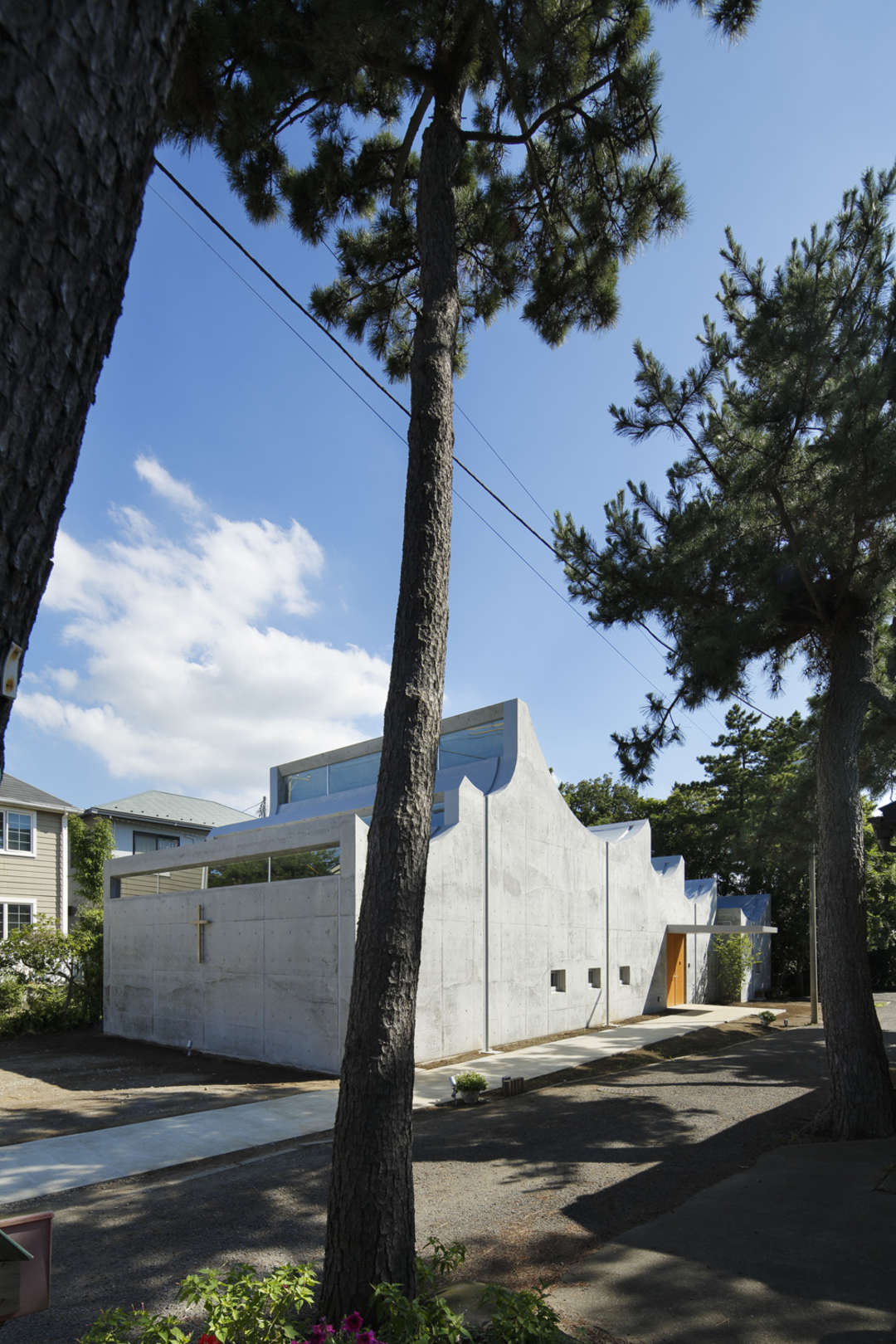 A protestant church stands in a rich green residential area which is 10 minutes away from Shonan beach by foot. The chapel of the 50-year-old church became too small and it was therefore decided that a new church would be constructed on a different site. Church authorities said that the passages of the Bible are read and heard in service. Therefore, “We wish to have a chapel appropriate to give praise to the Lord.” 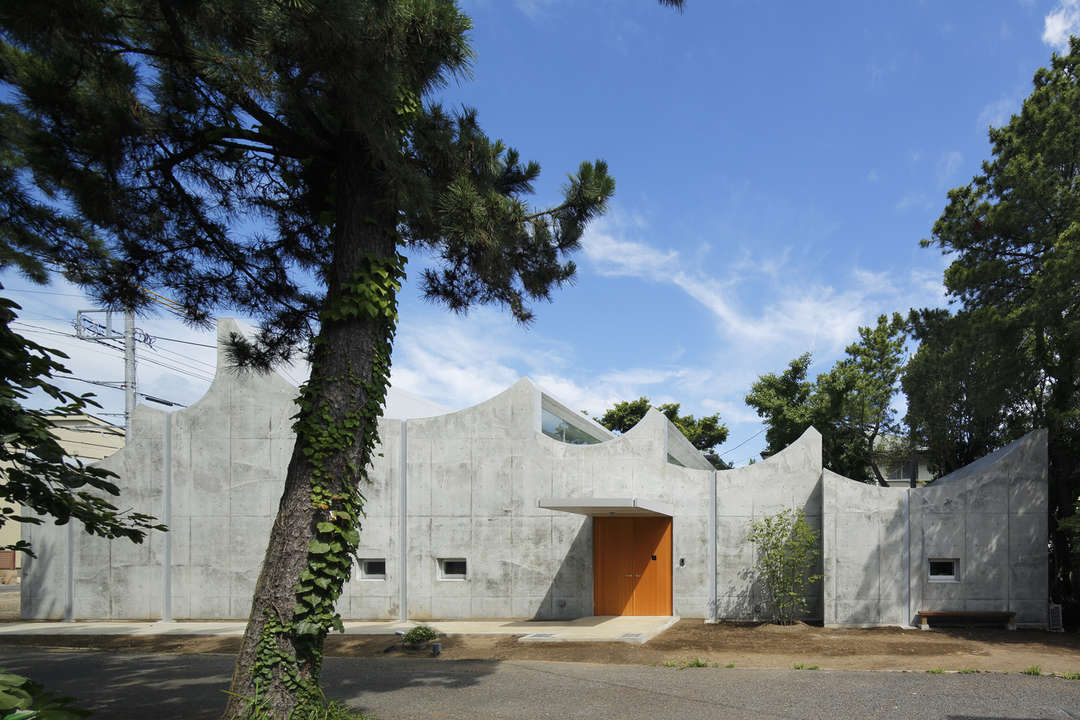 The architectural design was a one-storied building with a restrained height so that it could harmonize in a low-rise residential area. It was aimed at creating a space appropriate to prayer and worship with the six curved surfaced roofs at different heights. This allows natural light to pour down from the ceiling. It conveys the message that six roofs represent the six days of Creation in the Bible genesis and Mass celebrates the seventh day. 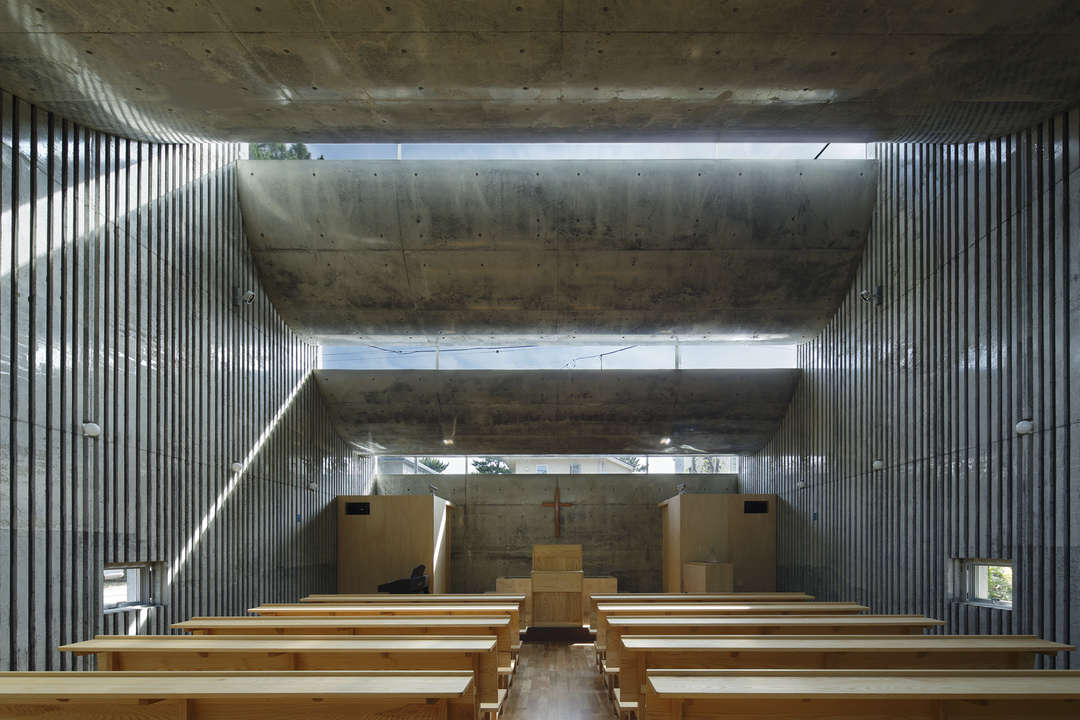 Direct sunlight and indirect light are regulated depending on the time of the day. At the time of service there was no direct exposure to sunlight, whereas the rest of the time there was. Therefore, this construction was designed to receive an appropriate amount of indirect light during service time. So, light was simulated using computer software at intervals of 30 minutes on the designed days during 12 months and manipulated depending on the time of the day. There would be a space under a soft light at the time of service throughout the year. Towards the end of the service, direct sunlight begins to draw a ray of light on the wall surface. In the afternoon there is only one line of direct sunlight, and around three o’clock light comes in like a shower, creating a dynamic environment.

Uneven longitudinal ribs were carved at a random rhythm on the exposed RC concrete wall of the chapel, and dark gray acoustic boards were placed between the ribs. A solution to the requirement was reached by achieving balance. This was possible using concave acoustic boards to make it easier to hear the priest’s sermon and Bible readings, and improved the sound of ecclesiastical music such as hymns with RC convex surfaces. Flutter echo was reduced by rib pitches placed at random. A light gray light shines directly on the convex surface and stands out due to its contrast with the dark gray concave surface. Based on the idea that modern church construction has to provide a space that facilitates Bible readings, it came to our minds we should achieve direct sunlight shining through a dark space. 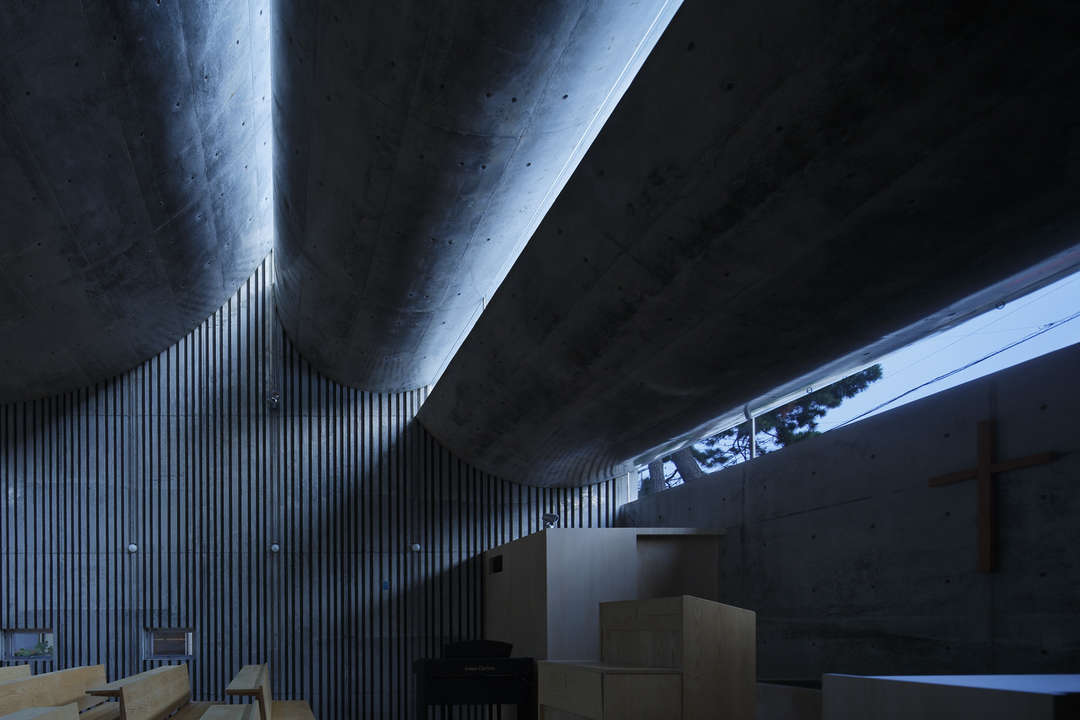 Under the sky of Shonan, we can participate in a service, read and hear the words of the Bible and have the opportunity to pray in a space under dynamic direct sunlight in the afternoon. Direct moonlight shines through the pitch-black chapel at night. We hope the conception of time and space will harmonize with the local nature and scenery, and that people will gradually come to love the construction.